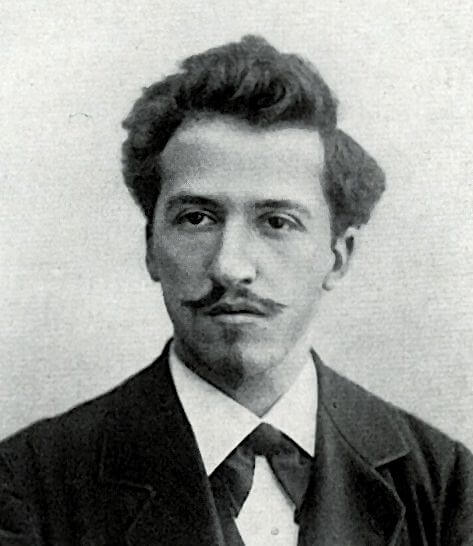 Wasily Kandinsky, and Piet Mondrian are considered to be the first artists to have achieved a truly abstract visual language in painting. By the early to mid-1910's, they had created compositions that ceased to function as reflections of reality. Although they worked independently from one another, these artists were united by a belief that abstract (or non-objective) painting was capable of evoking a spiritual experience. Expressing themselves through philosophical writings as well as paintings, they practiced art as a metaphysical quest for higher truth. A central figure of German Expressionism, Kandinsky made his breakthrough to abstraction around 1911, when he began to paint densely layered compositions of free-floating lines and areas of color.

Their titles, such as Improvisation and Composition, reveal his desire to instill visual form with the properties of music. In some of these early abstract works, for example Painting with White Border (1913), landscape elements like hills and trees can still be discerned, but their features have been reduced to a lyrical mosaic of line and color.

Piet Mondrian also took a reductive approach to form, but one with a tighter geometric orientation and stricter compositional order. Like Kandinsky, Mondrian was inspired by landscape, but he interpreted it in his earliest abstract paintings as a series of interlocking vertical and horizontal lines. A principal member of the De Stijl group a loose confederation of artists and architects who attempted to integrate art, design, and architecture with a unified, rigorous approach to form Mondrian reduced elements to their purest state, creating geometrically ordered and balanced compositions that he viewed as expressions of universal harmony.